Tuning in to Lucky Periods

The software was tested in 2002 on the BBC TV show "Dave Gorman's Important Astrology Experiment". The test was that he would act on the advice of several astrologers (mainly from London), while his twin brother (20 minutes younger) would not. They wanted to know who would be better off after a 6-week period. Dave took sports bets on two of the lucky days suggested by the program and won a total of UK 3825 Sterling (about $5700).   Watch on YouTube.

This is NOT a toy...Get in tune and start following your Lucky Days today.See how it worked in your past and CASH IN on your future!

Don't believe in astrology?  Please just consider the following:  Most of the greatest scientists who ever lived were accomplished astrologers, from Galileo to Copernicus, Brahe, Kepler and Newton. The odds of them suffering from the same delusion runs into one in several billion. Don't bet on it!

As Tested on BBC TV 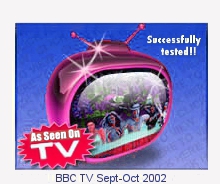 Run a free future 3-month lucky day report once a year for yourself, family and friends. You can run as many past reports as you like to see how the aspects work.

Download the software freely for your evaluation. It shows your past lucky days and transits up to the present. Demo version has free Progression reports.

Full membership - $79. Members have received free upgrades of the lucky day software since 2001. Many users use it almost every single day. 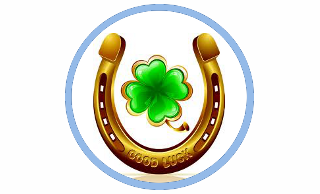 Your best recommended days to gamble or invest. The software has been finely tuned to suit you by analysing the wins of several hundred users over many years. 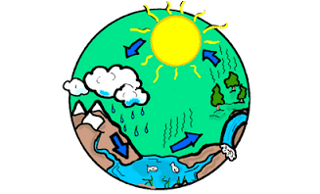 The Lucky Day reports omit certain aspects that generally do not prevent you from being lucky. These are included in the Full Transits report. 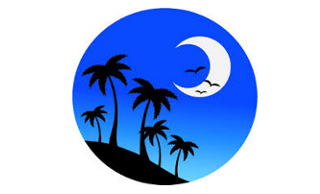 The progressed Moon is known as the 'timer of events'. Shows times when you can be super lucky within your smaller cycles, or use them to plan for important events. 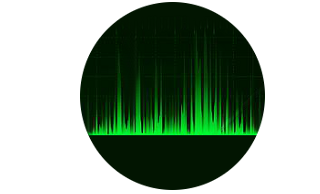 This report shows you the background influences in effect during larger cycles of your life. Many of the periods of huge winners show in this report. 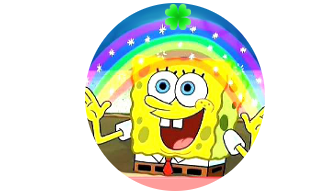 Your daily aspects and interpretations. There are times to push, and times to withdraw or do admin. Knowing when these times are helps you to best use your accelerator. 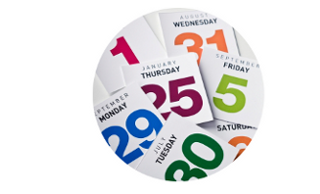 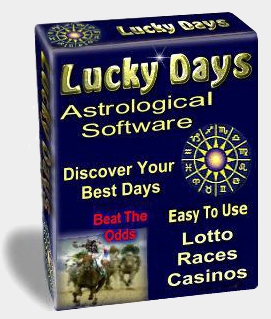 For all types of Luck